Recently, a US Federal District Judge, Sam Haddon in Helena, MT threw out a case brought by four readers of Greg Mortenson’s famed Three Cups of Tea.  The plaintiffs claimed that Mortenson had distorted the truth in order to build his reputation and sell more books.  For this they charged him with “fraud and racketeering.”
Judge Haddon dismissed these charges as “flimsy and speculative. . .” claiming that their racketeering charges “are fraught with shortcomings.”
My first response was delight that Mortenson, who is responsible for bringing education to thousands of Afghanis and Pakistanis, was relieved of yet another burden.  (If you have yet to read his books, please do so.)
A second response was Hurray! for critical thinking.  Judge Haddon found no credible evidence to support plaintiffs charges.
Too often we find people in the public eye making claims they just cannot support with reliable evidence.  That’s what the Common Core Standards in Language Arts repeatedly call for students to be able to do, support claims with good evidence.
This is one aspect of critical thinking.
How often do we hear “The economy (or my economic plan) will do this or that” without any supporting documentation, given nor asked for?
Another aspect of critical thinking is too often seen by its absence: asking good questions about claims.
Recently, on one of the cable news channels, I watched as five people discussed and debated the merits of this claim: “The war on terror is over.”
During the discussion about effects of this claim no one bothered to raise any of the following essential questions:
Who said it?  To whom? When? Under what circumstances?
And, why was it said?  What  was the speaker’s or writer’s motivation?

These would seem to be quite basic questions.  The claim was made that this assertion came from “an administration spokesperson.”  But who?  A fifth ranked member of a branch of the State Department or Director of Central Intelligence?  Was it said the day before the program or in a leaked memo  directly after the killing of Osama bin Laden?
Other questions would include this one: What was said directly before this claim and after?  Even the Bible says, “There is no God.”  But we know that what precedes this claim is “The fool has said in his heart.” (Psalm 14: 1-3)   Context can be king.
How to foster critical thinking in humanities ought to be obvious.  We present students with challenges to analyze and evaluate actions and ideas in literature and history.  Students arrive at conclusions with supporting evidence.  We begin educating for logical thinking at a very young age.
For example, John Selkirk teaches first grade in Ottawa and one of his goals is to challenge students to think critically by  interpreting human emotions in pictures.  “How’s she feeling?”  Sad.   Students quickly learn to ask their friends, “What makes you say that?” What’s the evidence in the picture telling you she feels sad?
Pat Burrows in Catalina Foothills (AZ) challenges her students to think analogically about Napoleon in Orwell’s Animal Farm: compare him to other historical figures and support your conclusions.  We do the same when we claim “This conflict is just like---”  Again, what are the reasons with what kinds of evidence?
In math, we can strive for students always getting the right answer.  Or, we could educate them to think analytically by asking good, critical questions: “What am I asked to do?  What’s the key information?  How is this problem like others?  Can I draw a picture?  What are important assumptions?  Can I break it into smaller parts?” and once solved “How might I have solved it another way?”
We can foster critical thinking in sciences where we inquire, suggest testable hypotheses, analyze data, draw conclusions and provide evidence.  We can also ask good questions about problematic situations and claims.  A good way to diagnose students’ scientific reasoning is to present them with a complex problem in September and record the kinds of questions they can ask about it.  Then compare this throughout the year.
As Jacob Bronowski, noted scientist and poet observed, “That is the essence of science: ask an impertinent question and you are on the way to a pertinent answer.”
Critical thinking is analyzing situations, and using available evidence to arrive at conclusions.  It also means possessing that certain skepticism that leads to asking impertinent questions.  Skeptics are not negative. 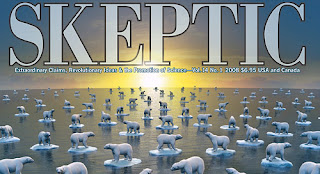